When a few Ripley people got together in my study so many years ago to discuss ways in which we might improve communication between villagers and village organisations in Ripley we had no idea where we were going. We had a sense that it was important for our clubs and societies to know what each other were doing but a number of different ways of achieving this had been mentioned in the early stages of the conversations.

But in the end we came to realise that a magazine with useful contact numbers in the front and back, a diary in the middle and interesting article in between would be the best answer to our needs. So we considered whether it would be possible to fund this from advertising and found that it should work; we worked out how it should be administered and came up with the publishing association structure to which only village organisations rather than individuals could belong; and we got some seed funding from Surrey County Council. And then it all started and the first magazine was prepared, printed and distributed.

I believe that the ability to get together to create Ripley Matters arose from the very special nature of the Ripley Community with its backbone of village families working alongside newcomers happy to be part of village life; you don’t get that sort of thing in most of the villages of Surrey. The many volunteers who have, over the years, worked together to produce and distribute the magazine and later be part of the expansion to include Send are the people we should be proud of and whom I would like to thank. It has been the effort of these friends and neighbours – all playing their part – which has come together to produce a publication which strengthens community life in a very special way.

100 issues on – 100 sighs of relief from the editor, 100 outings by our deliverers,  100 sets of bills to advertisers – we have created a really good magazine and this is cause for great celebration.

Many thanks to all who have made it possible. 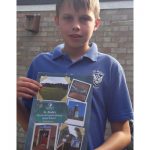 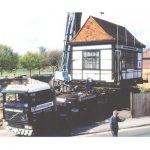 25 Years Ago: How we moved the BankArticles